Today is the first birthday without my youngest son, Gabriel. Thirty two years old, but thirty one forever.
Handsome and witty like his dad. Loving music like his mom. Talented with the guitar like Jimi Hendrix (well, I think so). 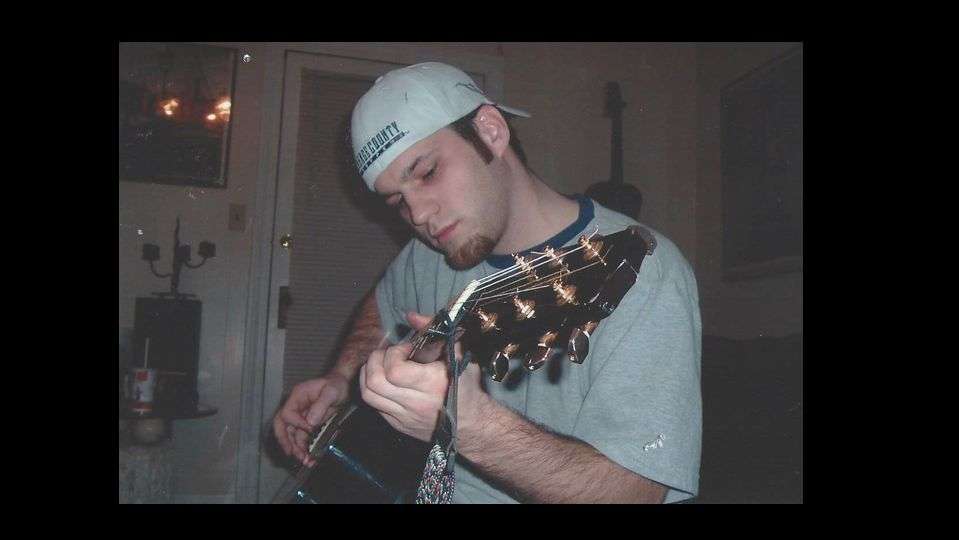 Loved to strum his guitar

My son Gabriel struggled with addiction. Gabriel overdosed April 8, 2013. The day of the 2013 NCAA final game.

While U of L was getting ready to battle for NCAA victory title, my son lay in an intensive care unit, battling for his life.

April 8 was also the day of my nephew David’s funeral.

My oldest sister’s son had died in a motor vehicle accident in his hometown of Searcy, Arkansas, on Thursday, April 4. This was also the last day I spoke to Gabriel to tell him of the tragic news. And to tell him I loved him.

April 8, the evening of my nephew’s funeral in Searcy, our Louisville family gathered in the hotel lobby to watch Louisville battle Michigan for the 2013 NCAA basketball title.

As I was sitting down with family to watch the game, my phone rang. Immediately I noticed the number to be from Gabriel’s recovery house director in Indianapolis. Gabriel had been in sober living off and on for three years.  The director and I spoke briefly, long enough for him to inform me Gabriel had overdosed just before the game, his heart had stopped, a friend performed CPR until paramedics arrived, epinephrine was given because he had experienced cardiac arrest, and he was rushed to a nearby hospital. I was assured he was “stable.”

Being a nurse for thirty years, I knew this could mean anything from, he will be fine, to, he has a blood pressure, but he is near death, and in grave condition.

The latter proved to be the case.

For four days he lay in a coma. Brain scans and tests revealed he had anoxic encephalopathy. Some of his brain initially had activity, but by the end of the fourth day, he had herniated his brain stem, a part of his brain which houses vital functions such as blood pressure, heart rate, and respiratory breathing. In layman’s terms: Gabriel had lost the last of any brain function he had left. We had been by Gabriel’s side when he herniated his brain stem, and witnessed his dramatic decline. He had worsened, instead of improved.
Doctors compassionately broke the grim news, Gabriel was never going to wake up. Never.

We asked for tests to be redone, to reconfirm, to make sure procedure was followed to the tee. My husband and I stood by his side during testing. As a nurse, I just had to see for myself that there was not one loose testing lead, not one careless mistake made during any testing.

There was a point I lay over my son’s body, praying, crying, and begging God not to take him.

“I know you gave me your Son, but I don’t want to give you my son.”

My husband and I went to the chapel afterwards to pray and to talk about the decision options the doctors had given us. One, they could keep him alive on the respirator, feed him through a tube in his stomach, and move him to a nursing home or we could take him home on life support, with a life expectancy of only a few months. Or make the decision to allow him to go naturally and in peace.

Natural death to us was the way we chose.

Before Gabriel’s monitors were taken off, John 11: 43-44 popped in my mind. The part in the story where Jesus raises Lazarus from the dead and said to the people “Take off the grave cloth and let him go.”

Even though Lazarus was raised from the dead on the earth, I sensed God saying to me:

“Take off the grave cloth and let Gabriel come to me.”

So, I asked the nurse if I could remove all the monitors and wires (his grave cloth). God’s peace covered me as I removed his monitors and whispered,  “Blessed be the name of the Lord.”

Gabriel passed peacefully with me holding him in my arms and his father laying his ear on his chest to hear the last beats of his heart. Surrounded by sisters, his brother, niece, uncle, and aunt. A family lavishing him with our last moments of love, many kisses, and many tears.

Amidst such grief, amidst the intense sadness, of losing my son, there beams a ray of hope.
Hope that this is not all there is to this life. You can not go through a death of a loved one without thinking of eternity and questioning what happens when our earthly bodies die.

I believe Scripture to be true, and believe eternal life is real.

A place where God dwells among His people. (Revelation 21)

A place where God will make everything new (Revelation 21: 5).

There will be a New Heaven and a New Earth. A place where there is no more sickness, no more pain, no more death, no more mourning, no more crying (Revelation 21).

No more addiction. No more heroin.

Gabriel’s death has knocked the breath out of me and knocked me to my knees as I question the sovereignty of God, and as I question my faith and belief in the resurrection of Christ.

My biggest struggle? Wrestling with the reality of the resurrection of the dead.

So, I turn to 1 Corinthians 15 to learn and be reminded of the truth of the resurrection. Reading, studying, meditating, and being reassured by God, through His word, Christ is real, He was resurrected, and we too, who are in Christ will be raised from the dead.

I recently came across this quote from Tim Keller in his new book called Walking with God Through Pain and Suffering.

“But resurrection is not just consolation — it is restoration. We get it all back — the love, the loved ones, the goods, the beauties of this life — but in new, unimaginable degrees of glory and joy and strength.” (59)

2. God made Gabriel beautiful. He was wonderfully and beautifully made. He was a most beautiful boy, inside and out. (Psalm 139:14) 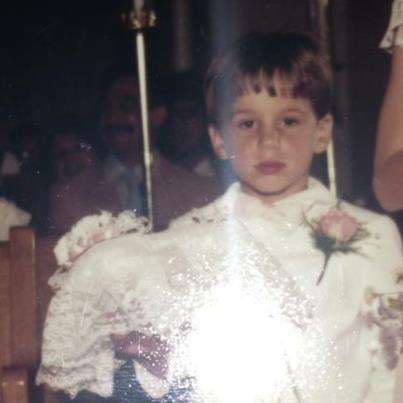 4. God’s Holy Spirit allowed Gabriel to believe and receive Christ. To all who believed, to all who received, He gave the right to become children of God. He received and became a believer at 15 years old.  (John 1:12)

5. God making a way for Gabriel, through Christ, who became a sin offering, so that in Him, Gabriel might become the righteousness of God. Christ exchanges his righteousness for our sin. Christ imputed His righteousness to my son. For this I am most thankful. (2Corinthians 5:21)

8. God’s grace is sufficient, His strength is made perfect in my weakness. In my weakness while grieving, there are times I feel I am going under and am going to buckle. Sometimes His grace doesn’t feel sufficient. But I have discovered God’s grace is not dependent upon how I feel. The story of the cross remains the same. His grace IS sufficient to see me through this dark night.

9. I am so thankful for Gabriel’s dirty, stinky Tennessee hat! I’d give anything to have his hat back, stink and all! If you know where this hat is, I’d love to have that orange Vols hat back. 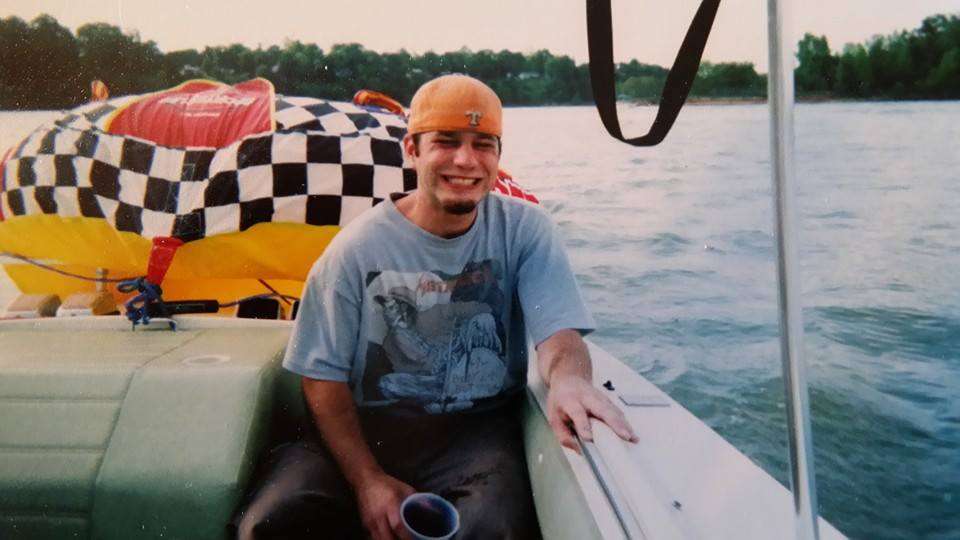 10. Rejoicing because Gabriel loved his siblings. Many hugs, kisses, and dancing with this boy! 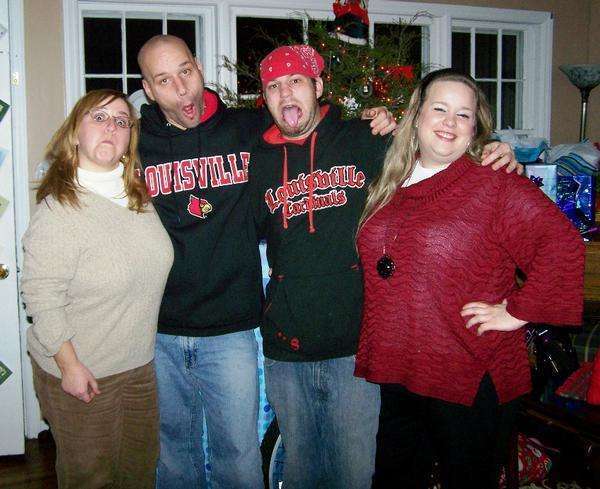 11. Rejoicing because Gabriel loved with passion his nephews and nieces.

He didn’t mind wearing a girlie girl headband of Emily’s.

Or sport an angry bird hat while hugging Josh.

And he didn’t even mind Caleb helping him while he worked.

From a young age he loved being outdoors flying kites.

And boating with friends.

Accidentally deleted the other reasons while editing. Writing about Gabriel has become difficult. Will add content as I am able. Thank you for understanding.