My friend’s child died. Of a heroin overdose. A month before my son, Gabriel.

Debbie, my new friend, and I crossed path’s this past year while advocating for others suffering from substance use disorders. Immediately we connected and have grown to cherish our bond through the loss of our sons.

A beautiful soul, a broken mother, a tireless servant advocating for change to decrease the stigma of addiction and those who suffer its effects.

And a tidbit of information about Debbie: She is quite organized and holds together our team at the KY Harm Reduction Coalition while serving on the board of directors. A priceless gem. 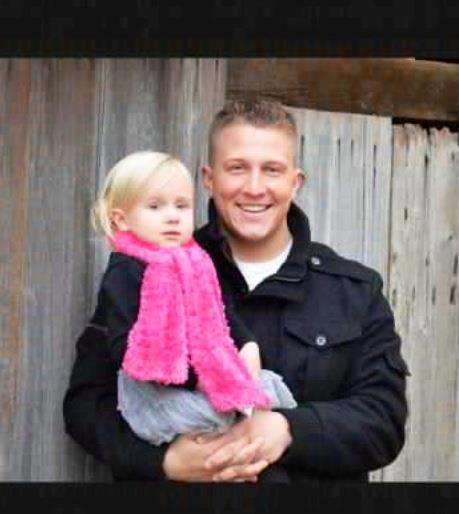 While reading a blog recently written by gifted writer Sandy Swenson, this seemed appropriate to share as Brandon is remembered by his family and friends.

Swenson wrote the post for her friend who had lost a son to a heroin overdose. Here is part of her post:

“A child has died. Not my child, but the child of a friend. Technically, he was no longer a child. But still, he was her child. She was supposed to have her child forever. Except forever didn’t last.”

Swenson is right. Forever did not last, at least not on this earth.

If forever does not last on this earth, is there “forever” somewhere?

After chats and bonding as girls, I was delighted to discover Debbie and I share a similar faith belief system. The “forever” we cling to is found in Scripture.

Forever is what we know as eternal life:

A place where God dwells among His people. (Revelation 21)

A place where God will make everything new (Revelation 21: 5).

No more addiction. No more heroin.

Numerous Scriptures point to eternal life Christ offers, but one in particular stands out today. The passage is found in the Old Testament book in 2 Samuel 12: 16-23.

There is a bigger picture.

There is a “forever.”

In setting the context, here is what is happening in the passages:

King David’s son was sick. His child suffers the sting of death. David is distraught. David is in despair.

He pleads with God to not let his son die. David fasted. He prayed. He does not eat. He spends nights lying on the ground crying in grief while his son was sick. When he notices others whispering, he realizes his son has died.

If you read closely, after his son died, David says something which tells the reader David has an understanding regarding “forever.” It is found in verse 23:

Can I bring him back again? I will go to him, but he will not return to me.

In a short paraphrase, David is saying, in the end, when all is said and done, I will get my son back. No, David can not bring his son back to this temporary earth. But, yes, God provided a way for David to see his son again “forever.” David has hope in his brokenness. David sees a bigger picture of eternity. As his heart is crushed, grieved and shattered into a million pieces, he holds on to the hope of “forever.”

Just like David gets his son back , so it will be with my friend Debbie. And also like David, she is crushed and her heart aches and longs for her son. She may not be able to bring her beautiful Brandon  back to this earth, but she will go to him one day into a place called eternal life…This is the “forever” Scripture promises.

In Debbie’s pregnancy with Brandon, God knit Brandon in her womb. God chose Debbie to be Brandon’s mom. I’m sure she would not have it any other way. While carrying Brandon in the safety of her womb for nine months, until the day he took his last breath, God had made Brandon beautiful (Psalm 139: 13-14):

For you created my inmost being; you knit me together in my mother’s womb. I praise you because I am fearfully and wonderfully made; your works are wonderful, I know that full well.

And for this we are thankful, because Brandon believed and Brandon received Christ “forever,” forever.