Four years ago on March 25, at Twelve O’Clock midnight I stood in the dark, at a gravesite, with my sister. I was surrounded by a group of people sitting cross legged on blankets and slouched in lawn chairs, chilled by the dark night’s gentle breeze. Soft spoken whispers accompanied the chattering. But then there was stillness, as we remembered why we had each come to this place. 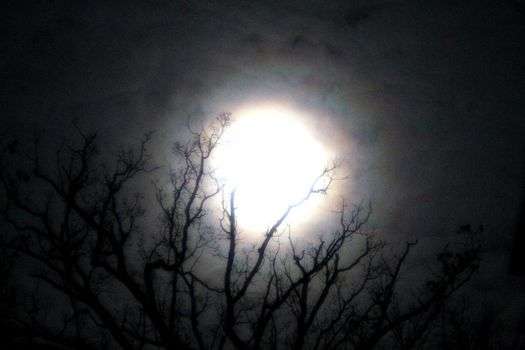 I glance at my sister, Angel, seeing the deep pain behind her soft brown eyes. Eyes full of compassion and deep love for her only child and son, Jason. Jason had died ten years earlier at this particular time while on business in Puerto Rico. Friends and family had gathered to remember the ten year anniversary of my nephew and his friend Shane, who died together in a motor vehicle accident.

Why would I stand at a gravesite, at twelve midnight, when the night is darkest, with my sister?

Because my sister asked me to.

And because I love her.

And because that’s what sisters do. They stand together when the night is dark.

My older sister, Mona, would too experience the loss of a son. Fourteen year old Brock, battled stomach cancer for a year. One day he was fine, the next, gone in the blink of an eye. Death had visited our family again. We stood grief stricken, along with her husband and other sons, in unbelief at the loss of this precious young life.

When yet another night of darkness visited, my oldest sister Theresa, lost her baby son Christopher,  just weeks into his young life. Only to be followed several years later by the death of her oldest son David. Two dark nights she has endured.

As the darkness fell, and as each of my three sisters grieved their losses, I stood observing.

And praying, “God, don’t let this be one of my children.” The excruciating emotional pain my sisters endured was heart wrenching to watch. Secretly, I was relieved, because, death had passed over my children.

There is deception in this false sense of comfort. Thinking you are in the clear, and death would never come to snatch your child. As I had built a comfy cushion around this imaginary theorization, truth came knocking, shattering the lie.

For about four years, God had been preparing my heart for the day my own son would die. Gently making His presence known, speaking His Word into my life, collecting all my tears in His bottle as I begged, prayed, and bargained with Him to deliver and spare my son from the evil snare of addiction and death.

He did spare Gabriel’s life.

He did deliver my son.

By the atoning power of  Christ’s death on the cross. And his resurrected life. Breaking the power of death once and for all. By Christ sacrificing His life, and exchanging His life for my son’s. Because of such a sacrificial love, Gabriel lives restored to newness of life. Christ imputed His righteousness to my son. And because of this, Gabriel stands right before God, covered by the blood of the sacrificial lamb.

Free from the wickedness of addiction.

As the Word of God teaches: To all who believe, to all who receive, God gives the right to become children of God (John 1:12).

I am so grateful Gabriel believed & Gabriel received this gift of everlasting life (John 3:16).

Even though there is tremendous hope in the resurrection, and a glorious restoration of my son Gabriel, this has still been the longest, darkest night.  And for us four sisters who have experienced loss of our sons, we have needed each other as we stand arm in arm together weeping but holding firmly to the hope which Christ offers.

Blessed beyond measure and filled with overflowing gratitude for all my eight siblings who continue to stand together and hold each other up when the night is dark.

I don’t know who you are or know your dark night experience, but I know this, Christ’s sacrifice and His death allows each of us to turn to Him, in faith alone, and to approach God’s throne of grace, in our dark night, seeking to bask in the light and hope found in Christ. Knowing He made a way  for us, out of the dark night.
When has the night been dark for you?