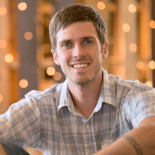 And, Andrew is drug free.  He was rescued from the darkest place.

My story is a story of redemption and a story of great hope restored. It’s a story that demonstrates the overwhelming grace and love that God has for each and every person on the face of the earth. I feel like my story is a great demonstration of how God can make all things beautiful, no matter how messy we make them. The only reason I am alive today is because of His grace and His ability to perform miracles greater than we could ever even think to ask for. My story is one that shows it’s only when we die that we truly find life.

Growing up I had an amazing childhood with a great family. I played sports and loved to play out in the woods. I went to church with my family and was involved in all kinds of great positive activities. At 5 I first prayed to Jesus to come and save me and when I was 8 I was baptized. Then the next year something started to change. Because of a series of events I became aware of a much different reality in this world than I was accustomed to and became really confused and angry.

My teen years I was filled with rage, confusion and depression. I started using alcohol and drugs at 12 and began a lifestyle pursuing the perfect mixture of sex, drugs and rock n roll. My life dramatically changed at 15 when I started using pain killers and taking club drugs. I remember my first time getting high on pills; I thought I had finally found what I had always been missing. I thought I had finally found the peace I had been searching for…

For the next few years I headed down a path of total destruction and eventually started using heroin. When I first tried to stop at age 19 my girlfriend at the time became pregnant with my son Landon. I tried to get myself together as we prepared to have a baby but I could not seem to get it together. When my son was born I was in a detox facility having terrible withdrawals from drugs. I was so happy to have my son come into the world but was also still so consumed by my addiction. I made another decision I would get it all together that day in the hospital.

I ended up in a longer-term faith based program and made a decision to follow Christ. When I finished the program I went home with an honest desire to start new but still was holding on to so much of my life. I had an ambition to get it all together and make everything work between my sons mother and I. We got married that summer and I idealized pursuing the American dream with my new wife and our baby. The dream was short-lived when we separated the next year. I was crushed when my dream was crushed. I had invested everything into this relationship and this dream and when it fell apart so did the rest of my life.

I started using drugs again and spiraled out of control the rest of that year. I remember my first wake up call was going to jail in Atlanta for possession of cocaine and then immediately after I got out I went to get more drugs. After my heart had stopped due to a drug overdose I remember buying more drugs the day I was released from the hospital. When I had no where else to go and ended up sleeping on the streets of a rough neighborhood in Atlanta I can remember still only thinking about how I could get high. My life was consumed with this addiction and I was on the verge of suicide.

That’s when everything changed. My dad and I got in touch and he told me he had found out about a program called Teen Challenge and that he would help me got there. At first I was reluctant to go but the next morning I woke up and felt something inside me say, “If you don’t get out of this place, you are going to die.” With urgency I called my dad and told him where I was. Then after waiting a few minutes I changed my mind and left to go get high again. When my dad finally found me I was at an abandoned house, cold and shaking because of how many drugs I had been doing. I remember thinking I would kill him if he tried to take my drugs. He just sat there and watched me smoking crack and doing other drugs until they were all finally gone. When I finished I put the needles and pipe down and I remember him saying with a heart full of compassion, “come with me son.”

16 He reached down from heaven and rescued me;
he drew me out of deep waters.
17 He rescued me from my powerful enemies,
from those who hated me and were too strong for me.
18 They attacked me at a moment when I was in distress,
but the Lord supported me.
19 He led me to a place of safety;
he rescued me because he delights in me. (Psalm 18)

I can relate so much to what David wrote in this Psalm when I reflect on how the Lord used my dad to rescue me out of the darkest place I could have ever imagined. When I look back I can imagine God’s hand reaching down from heaven to pull me out of the dark pit and rescuing me from enemies that really were too strong for me to overcome myself. God saved my life that day because he delighted me even in my mess. When He saw me at my worst He loved me as much as he ever could or ever will. He loved me completely and with all of His heart. He pursued me not matter how far I tried to run away. He had a plan and a purpose even when no one else could see it.

A month or so later I made the most important decision in my life. I made the decision not to just avoid hell or to be a better person for Jesus. I didn’t just pray the sinners prayer and feel all tingly. I made a decision to die. I decided one day on a loading dock that I would absolutely give everything in my life to Jesus and hold nothing back. That day has forever changed me.

The next year or two I began to grow and deal with the many problems I had struggled with so many years of my life. One by one the Lord just began to take away things from me. He took away even the desires that I had for these destructive behaviors as I continued to get in His presence and read His word. My life started to radically change and something new started to rise up inside of me. God started placing passions inside of me and began showing me that He had great destiny and purpose for my life. It was when He began to reveal to me my identity and destiny that I really began to strip off anything that hindered me from walking with Him. It wasn’t a set of rules that made me want to change but the overwhelming reality of His great love for me that filled my heart with a passion to pursue Him with everything.

These last four years God has restored my relationship with my son Landon. It has been an amazing miracle to watch him make the impossible possible. When I first got off drugs I wasn’t even allowed to see Landon in supervised visitation. Today I have joint custody and have an amazing relationship with his mom and their family. God has taken the most broken of situations and has mended it into something better than I ever could have imagined.

God has also given me opportunities to travel and do things I never thought would be possible. I have been able to do mission work in South Africa, Trinidad, Haiti and Canada. He has also given me a chance to travel all over the United States and share about all He has done for me. He has given me so many amazing friends and has restored my relationship with my family. He has healed me of all depression, anxiety and ADD. He has completely taken away my desire to take drugs, drink or even smoke cigarettes. He has replaced my suicidal thoughts with a life full of passion, hope and joy. When I chose to die completely and give Him everything I got so much more in return. He has given me a life of abundance.

He who was seated on the throne said, “I am making everything new!” (Rev 21:5)
I have been crucified with Christ; and it is no longer I who live, but Christ lives in me; (Gal 2:20)
I am the vine, you are the branches; he who abides in Me and I in him, he bears much fruit, for apart from Me you can do nothing. (John 15:5)

My life’s mission is to abide in Christ’s love in such a way that others are inspired to pursue God with reckless abandonment and that my life would burn so passionately for God that it would set countless others on fire for Him.